Rerun of Phaidra Knight, World Rugby Hall of Famer, founder of PeaK Unleashed, and Mixed Martial Artist Expresses the Importance of Equality and Feeling Limitless Regardless of Age and Circumstances, Episode 142

Originally from a small rural town in Georgia, Phaidra Knight, for nearly 18 years, traveled the globe as a professional rugby player, establishing herself as one of the premier players in the sport. In this episode, she shared the many unique experiences she had both on and off the field. And she explained how each athletic opportunity offered a new perspective and made her a better athlete. She also shared her passion for youth leadership and reminded us that even if we can impact one child out, that’s one person who we have helped shape the trajectory of their life. Every single person deserves equality and the opportunity to feel limitless, especially children.

Phaidra has made three appearances in the Rugby World Cup and was selected as the top player in the world for her position in 2002 and 2006. In 2010, she was named the US Rugby Player of the Decade. Also, in 2010, she became an avid CrossFit competitor and, in 2013, a member of the United States Developmental Bobsled Team. And in November 2017, she was inducted into the World Rugby Hall of Fame. 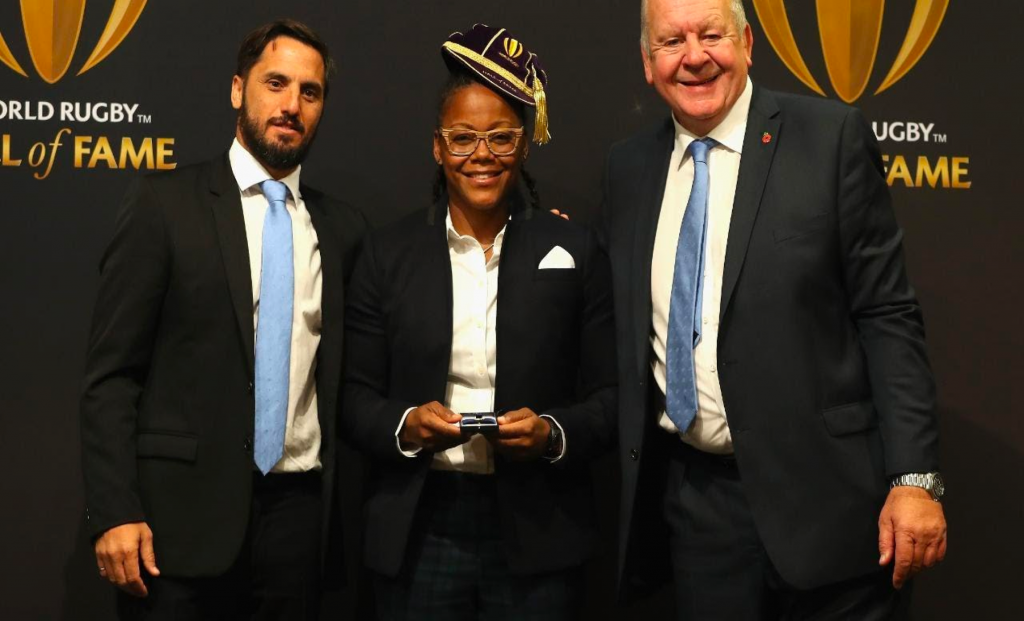 Phaidra is currently embarking on a new athletic endeavor, perhaps the most ambitious one in her life. She has set out to become a World Champion Mixed Martial Artist by the time she becomes a half centurion. She started training as a mixed martial artist in June of 2019 and has been devoted fulltime to it since. She trains at the Renzo Gracie Academy in New York City.

Meanwhile, in 2019, Phaidra founded PeaK Unleashed, a non-profit organization devoted to cultivating youth leadership and development through Rugby with an emphasis on the incarcerated and sexually exploited populations. She is also a keynote and motivational speaker, and TV/Media sports broadcaster. She serves on the USA Rugby Board of Directors and the Board of Trustees for the Women’s Sports Foundation.

With a passion for fashion and a powerful voice in equality for girls and women in sports, Phaidra will launch the PSK Collective an inclusive apparel line in the fall of 2020. What’s more, Phaidra will be making her big-screen debut later this year in the movie “Bruised,” starring and directed by Halle Berry. And later this spring, the Global Sports Institute of Arizona State University will film a documentary featuring Phaidra’s life journey. All the while, Phaidra pursued law earlier on in her career at the University of Wisconsin. Phaidra is unstoppable and so inspiring on so many levels!

Tune in to hear Phaidra’s thoughts pertaining to:

I ask Phaidra: What’s your take on the low standards we place on inner-city or small-town kids with few resources?

Listen to hear how Phaidra thinks about the low expectations we put on some children.

Listeners, I want to personally invite you if you are a marketing professional….one who works in a corporation or agency to schedule a 60-minute breakthrough session right here for free:

It is during that 60-minute session that we will focus on your career today (i.e. the challenges that you are solving), where you really want to go (i.e. the challenges that you rather solve) and precisely what it will take (i.e. your game plan) to close the gap and make your dream marketing career a reality. This conversation is absolutely free. Apply for the call today because life is now not later….