Nigel Parry, Award-winning Photographer Talks About His Photography Career, Dignity in Media, and Giving Back, Episode 31

Meet Nigel Parry. He is an award-winning photographer who has been privileged to photograph not only celebrities but also the most important and influential figures of our time, like Donald Trump, Meryl Streep, Robin Williams, Barack Obama, and Leonardo DiCaprio. Nigel Parry began his photographic career in London in 1988 and moved to New York City in 1994. Since then, he has been commissioned by the most distinguished publications, advertising agencies, entertainment, corporate and music companies worldwide. And here’s a fun fact: the logo for my podcast, the image of me on the sofa, is a Nigel Parry. This week, I am honored and excited to share with you my conversation with Nigel.

Everyone has a pivotal moment in their journey that sets them on a path to greatness.  In this episode, Nigel shares the gutsy moment that set him on the course to become a photographer. He also shares his commitment to his craft and how he believes maintaining integrity throughout his work no matter who he is photographing. Nigel also talks about his work with Operation Smile and the importance of giving back to the community. The question I would love for you to ponder as you listen to Nigel share his story and insights is this: Are there opportunities in your life and your career where you can begin to bring your talent and your boldness to help the world around you?

His work has been exhibited worldwide at various art galleries, museums and festivals including; The National Portrait Gallery in London, The National Galleries of Scotland, a show at The National Museum of Film & Photography, Le Festival Pour l’image Perpignan, and the Premier exhibit at the NY Photo Festival. He has also had the pristine honor of being the first portrait photographer to be invited to exhibit his work at the prestigious Cannes Film Festival.

Nigel has been involved in several global children’s charities including the Starlight Foundation and Operation Smile. He has donated his time attending several missions on behalf of Operation Smile photographing children in the far remotes of China, Brazil, and India. His powerful photographs help to create further awareness of the charity. In 2010, Operation Smile honored him with the Universal Smile Award for his photographic and charitable contributions.

Tune in to hear Nigel’s thoughts pertaining to:

We ended our conversation with this BIG question: Is there room for more dignity in today’s media and our consumption of it?

Links to quench your curiosity:

Learn more about the BOOST Your Market Value: An End-To-End On-Demand Job Search System Focused On Helping You Stand Out. Code PODCAST for $100 off.

Nigel describes his photography style – shown below as close up and tight. 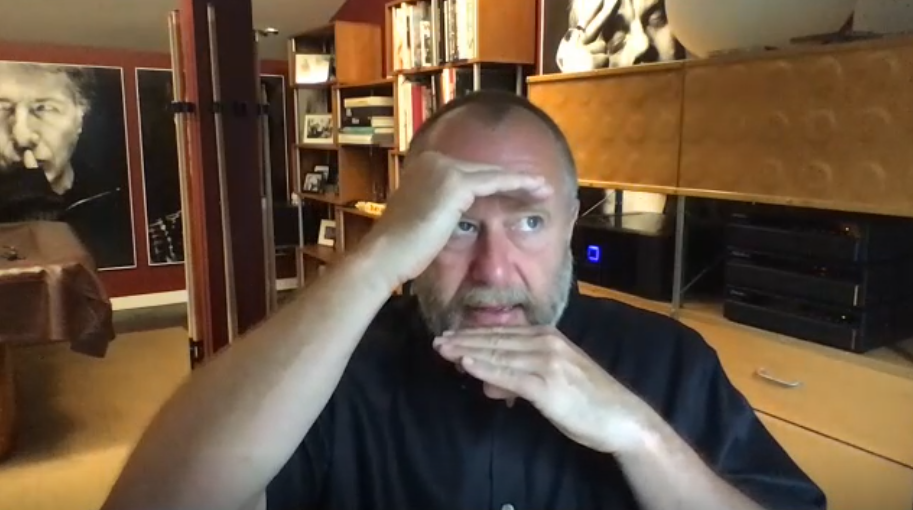 Nigel Parry gives an impromptu tour of his home office and his work.